The terrorist group is facing defeats on several fronts in the south and central Somalia as the country goes to the polling stations. 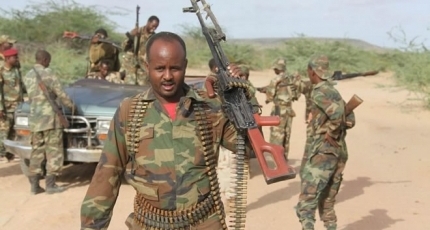 MOGADISHU, Somalia - A heavy battle broke out between Somali National Army [SNA] forces and the Al-Qaeda-linked Al-Shabaab fighters in the southern town of Qansahdhere town in the Bay region on Sunday.

The skirmish began after the militants attacked multiple bases belonging to the government troops early in the morning, leading to hours-long confrontation, according to the residents.

Both sides exchanged gunfire and mortar shells in the strategic town that has been under Somali government control but saw heavy attacks from militants for the past seven years.

No word from Al-Shabaab on the military claims over the fighting which comes days after the group regained control of Ba'adweyne and Amara in southern Mudug from allied troops.

For a decade, the group is trying to oust the UN-backed government working in Mogadishu under the protection of African Union troops to set up a strict Islamic state in the country.