MP: Farmajo was forced to look up to the reality

The only sole object that can be taken from his speech is that he handed over the security responsibility and holding the election to the acting PM Rooble. 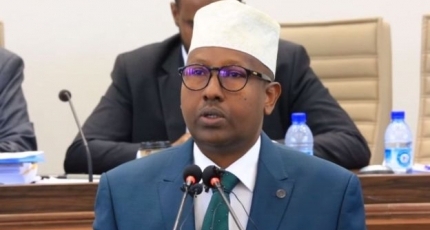 MOGADISHU, Somalia - Ahmed Mo’allim Fiqi who is a member of the Somali parliament said that the decision taken by the outgoing President Mohamed Abdullahi Farmajo on Saturday didn't come at his will but was forced to do so.

The MP who is currently serving as Galmudug regional security minister when Farmajo's temptation has to end in failure, he is such a man who claims to be a compromising figure.

Fiqi said that that Farmaajo was forced to accept terms that he insisted against them during his stay in Afisyoni with the regional leaders who they had informal meetings that finally ended in futile after seeing the unshakable reality he had to face.

“Through the barrel of the guns, no one can sustain in power – and that, is what he has practically acknowledged,” he said. “Or otherwise, he was not ashamed of touching the bottom line.”

According to Fiqi, Farmajo is such a loner who is used to undermine the power of the other side, and now seeing is believing as the clashes that recently emerged in the north and the central part of the capital is evidence enough that he could not dare to lead by his own.

The only sole object that can be taken from his speech is that he handed over the security responsibility and holding the election to the acting PM Rooble.

He argued the outgoing President to take a rest.