Five Children from the Same Family Killed in Somalia fighting

Gedo region has been the focal point of the conflict between Jubaland led by Ahmed Madobe a close ally of Kenya and President Farmajo whose clan Marehan makes the majority of the local population. 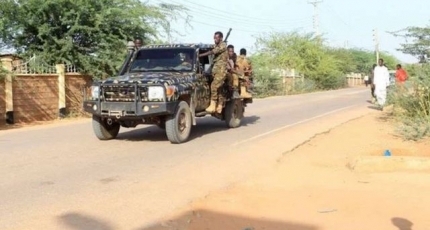 BELED-HAWO, Somalia – At least five children from the same family killed by mortar shelling during heavy fighting between Somali forces and Jubaland regional troops in a border town on Monday morning.

The deadly battle flared up after Jubaland troops led by its security minister Abdirashid Janan launched an ambush attack against Somali forces stationed in Beled-Hawo town in the Gedo region late last night.

Abdiweli Tarmug Mohamed, the father of the children is safe and sound, but he in shock for losing his extended family in the ongoing conflict between Farmajo and Ahmed Madobe tribes battling for control.

The majority of the population fled their homes in a panic to the bush as Turkish-trained Gor-Gor forces step up their offensive on Jubaland soldiers to recapture the town, according to the military sources.

Speaking at a press conference in Mogadishu, Dubbe said Government forces have regained control and captured 100 Jubaland soldiers alive, but witnesses say heavy fighting continued in and around the city.

Both sides are claiming to have the upper hand along the front line. Jubaland security minister with state’s vice president Mohamud Sayid Aden posted a video online to confirm that they are in control.

Mogadishu argues that Kenyan Defense Forces [KDF] took part in the battle helping Jubaland troops to take over the town from SNA – Somali National Army who came under ambush while asleep last night.

Gedo region has been the focal point of the conflict between Jubaland led by Ahmed Madobe a close ally of Kenya from Ogaden and President Farmajo whose clan Marehan makes the majority of the local population.