Mohamed was the fourth president of Somalia and ruled the country between 1991 and 1997 during the civil war. 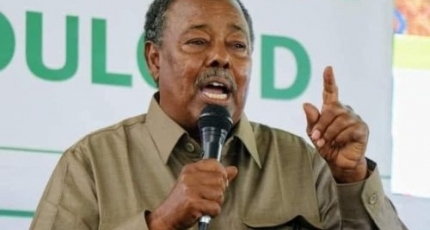 NAIROBI, Kenya - Former Somali President Ali Mahdi Mohamed has passed away at Nairobi hospital on Wednesday. He was 82.

Sharif Sheikh Ahmed, who served as Somali president 2009-2012 and his successor Hassan Sheikh have immediately sent condolences over the death of Ali Mahdi.

Mohamed was the fourth president of Somalia and ruled the country between 1991 and 1997 during the civil war. After retiring from politics, he became a Business mogul in Mogadishu.

He was replaced by President Abdikasim Salad Hassan, who was elected in Djibouti in 2000.

The cause of death of the ex-leader was not officially disclosed but some unformed reports indicate that he has was hospitalized after contracting COVID-19.

In the past few years, Ali Mahdi has been a fierce critic of the outgoing President Farmajo whose four-year chaotic presidency ended last month with no election for a successor.