TORONTO (KON)-Farah Mohamed Shirdon, a Calgarian in his early 20s, is fighting overseas with the Islamic State of Iraq and Syria, CBC News has learned.
News Keydmedia Online
19 June 2014 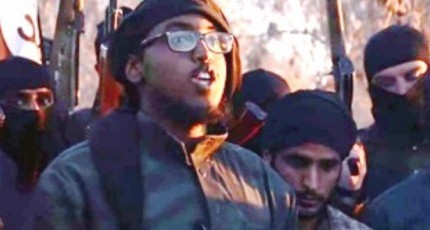 Shirdon, who was enrolled in the Southern Alberta Institute of Technology until at least 2012, appears in an ISIS video released two months ago.

Before burning his Canadian passport, Shirdon, in full view of the camera lens, issues a threat to Canada, the U.S. and “all oppressors.”

“We are coming and we will destroy you by the will of God,” Shirdon says on the video.

He comes from a prominent and well-educated Somali family. His father’s brother, Abdi Farah Shirdon, was a former prime minister of Somalia who has survived numerous attempts on his life by al-Shabab militants fighting for an Islamic state in Somalia under the banner of al-Qaeda.

Shirdon’s mother and sister live in Calgary and are deeply involved in the religious life of their community. CBC News reached out to them repeatedly, but they would only say they are “confused and pained by Farah’s choice,” before asking for privacy.

Shirdon is the latest radicalized young man from Calgary to be identified by CBC News.

In January, the CBC’s Adrienne Arsenault first reported on the death of Damian Clairmont, a 22-year-old Canadian-born Muslim who left Calgary for Syria in 2012 and was killed by rebel infighting there.

CBC News also reported on Salman Ashrafi, a Calgary man involved in a November 2013 suicide mission in Iraq under the banner of ISIS.

Both Clairmont and Ashrafi were members of a small group of at least six men who used an apartment building in downtown Calgary as a hub to discuss radical ideas and chart their path to jihad in Syria and Iraq, CBC News has learned, but it’s not clear if Shirdon was a member of their inner circle as well.

‘He has evolved big time, I don’t remember him even saying anything like that … he was just a regular guy.’— Hamza Ayedi, outreach co-ordinator for Muslim youth in Calgary

One reliable source declined to say if Shirdon was connected to the group, who prayed at the so-called 8th and 8th Musalla and frequented the same restaurants.

Hamza Ayedi, an outreach co-ordinator for Muslim youth in Calgary who knew Shirdon, said he never saw Shirdon in the company Clairmont and Ashrafi, but that all three individually expressed the same sentiments of “not feeling comfortable living in this country” and “wanting to go live in a Muslim country.”

Ayedi said the ISIS passport-burning video became popular a few weeks ago when news began circulating in the community that one of their own can be seen participating.

“I was really shocked because he has evolved big time, I don’t remember him even saying anything like that,” said Ayedi, who last saw Shirdon this past September.

“He was just a regular guy.”

After burning his passport and uttering threats of violence, it is unlikely Shirdon will be allowed back into Canada. But there is a concern now that even more residents of Calgary may follow his lead.

No one knows for sure how many men from Calgary, or Canada as a whole, have left to wage jihad in Iraq, Syria and elsewhere.

Ayedi said that when CSIS visited him a few months ago, they showed him pictures of 10 Muslim men from Calgary and asked him what he knew about them or their whereabouts.

Coulombe estimated that some 30 alone had left for the Syria-Iraq area.

Coulombe also announced in late March that CSIS was tracking up to 80 Canadians suspected of having participated in terror activities abroad before returning to Canada.

Shirdon’s passport-burning video was made to be seen — at one point, he lists the places ISIS wants to attack: “God willing, after Syria, after Iraq, after Jazeera (the Arabian Peninsula), we are going for you Barack Obama” — but he kept a low profile in Calgary.

The source who declined to say if Shirdon belonged to the same group as Ashrafi and Clairmont did say that those two men and at least four others would hold secret meetings to avoid detection.

Calgary police said they’ve been watching radicalization in the city for eight years, and briefed city politicians on their work after news of Ashrafi’s suicide bombing.

Neither the City of Calgary, local police or the RCMP would speak with CBC News on the extent of the threat to Canada or what is being done to tackle religious extremism at home.