Fiqi said Qoor-Qoor chose the path of war instead of peace and dialogue with the armed Sufi group - Ahlu Sunna Waljama'a [ASWJ], which is regaining territory in Galmudug. 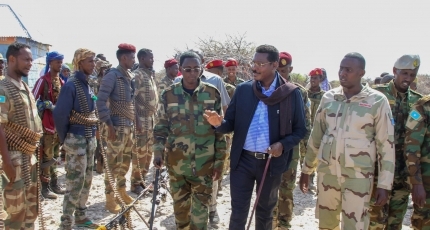 MOGADISHU, Somalia - Galmudug state of Somalia is facing up to an uncertain political future following the resignation of a key minister in the fight against Al-Shabaab on Thursday.

Ahmed Moalim Fiqi, the security minister of Galmuduh who led the latest offensive against Al-Shabaab in the south of the Mudug region announced his surprise decision to step down.

He left the office after a disagreement with president Qoor-Qoor over the way that Galmudug will face the issue of Ahlu Sunna Waljama'a [ASWJ], who are risking the existence of the state.

"Today [Thursday] I've handed in my resignation to Qoor-Qoor after we face-off in the way to deal with Ahlu Sunna. The president chose the path of war instead of on dialogue," he added.

The minister described the president's stance on the use of military power be the death knell of Galmudug, whose zone of control is down to Dhusamareb, Hobyo, Adado, and Galkayo.

Fiqi warned of imminent destruction in Galmudug if the regional leader fails to sit down with ASWJ leaders and end their grievances through meaningful dialogue within the Federal state.

The spiritual ASWJ leaders Sheikh Shakir and Moalim Mohamud were expelled from Galmudug after troops took over their base in Dhusamareb last year ahead of Qoor-Qoor's election.

But nearly two years, the duo returned from abroad last month to Galmudug where they mobilized fighters in Huurshe area and then captured Guri'el and advanced towards Dhusamareb.

Qoor-Qoor who is losing his grip on power has been staying in Mogadishu for months, neglecting his responsibility to serve the people of Galmudug. Instead, he served Farmajo's interest.

The delegation will hold talks with Galmudug state leader Ahmed Abdi Karie [Qoor-Qoor], local elders, and members of the civil society to hear their concerns, needs, and advice to his leadership.

Two soldiers die as military clashes with police in Somalia 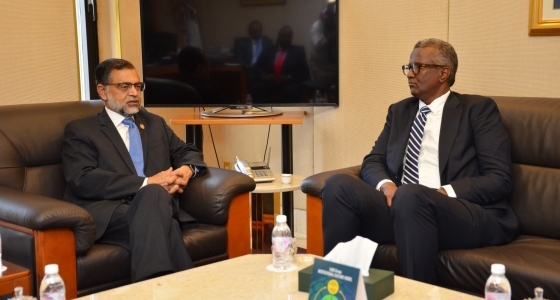