The EU has been a key partner of Somalia in the development sector and state-building. 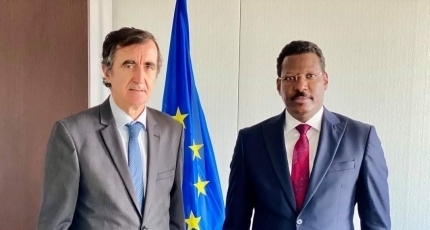 The talks at the EU mission's HQ in Halane focused on a range of issues related to the security, political and developmental sectors in the central regional state, which has been facing poor leadership and Al-Shabaab menace.

The President asked the ambassador to scale up EU projects supporting Galmudug to rebuild the infrastructure of the central Somalia Federal state.

Somalia is dependent on international support, both politically, security, and financially, as the country tries to overcome years of conflict and secure a better future for the people.

The EU is one of the leading supporters of Somalia in a wide range of areas, including key projects aimed to build the institutions of the Federal States, police, and justice departments.