With both regional states still reeling from Al-Shabaab-claimed attacks that killed hundreds of Somali people, including top officials. 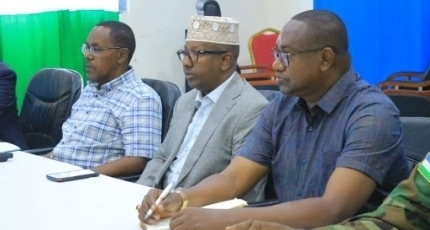 Galmudug security minister Ahmed Moalim Fiqi and his Puntland counterpart Abdisamad Gallan agreed to share intelligence, intensify and coordinate operations aimed at rooting Al-Shabaab out of the Mudug region, which became a hotbed of terror for the past few years.

Both ministers announced that Galmudug and Puntland are committed to fighting against Al-Shabaab, the biggest threat to their security. This comes days after 21 militants accused of having a role in deadly attacks were publicly executed in Galkayo, Garowe, and Qardho.

As Galmudug secured a pledge of cooperation from its neighboring Puntland, the weak Somali Federal State faces a leadership crisis as president Ahmed Abdi Karie Qor-Qor failed to deliver on his election campaign promises - security and development.

Early this month, Al-Shabaab regained control of Ba'adweyne, a strategic town and several nearby areas in the Mudug region without a battle as Somali troops and Galmudug's Darwish forces abandoned their bases.

The growing Al-Shabaab attacks come as Somalia is moving closer to the election deadline, July 25 in which the country begins the voting exercise for a new parliament [Senate 54 and Lower House 275 seats] and president on Oct 10.