General Galal has contributed his fair share to the establishment of the country army and took part in the Somalia-Ethiopia war in 1977. 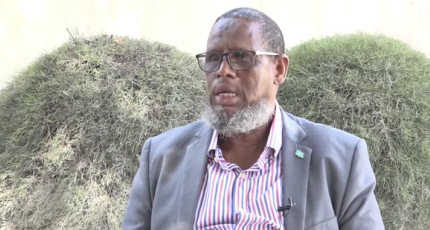 MOGADISHU, Somalia - General Yusuf Indha Adde is calling for a throughout and credible investigation by Somali authorities to find out how Gen Mohamud Nur Galal was killed during the Al-Shabab siege at Afrik hotel in Mogadishu on 31 January.

Indha Adde has raised questions about how the retired army general died in Sunday's terrorist attack on the hotel along Mogadishu airport road that left at least 11 people dead while dozens wounded.

Speaking to radio Kulmiye in Mogadishu, Indha Adde said he saw the dead body of the General with a gunshot injury to the back of his neck, making it impossible for anyone fighting against the enemy in his face to be shot from behind.

The veteran army officer had an AK-47 rifle and fought off the Al-Shabaab gunmen at the door of his hotel room to protect his life before the Somali forces managed to enter the three-storey building to end the 8 hour-long assault.

Dressed in military uniform, the militants who were four have arrived in the hotel area by a car packed with explosives that a bomber later rammed into the security gates, to allow three gunmen to quickly invade the complex, firing everyone inside.

The Somali government has not yet commented on Indha Adde’s allegations as it claimed early that those killed in the hotel were all shot dead by the attackers before they have been killed by its forces.

General Galal has contributed his fair share to the establishment of the country army and took part in the Somalia-Ethiopia war in 1977. Lately, he was a fierce critic of Farmajo's admin.

Al-Shabaab claimed responsibility for the attack, saying General Galal was the prime target of the hotel raid for facilitating the US airstrike that killed its founding leader Aden Hashi Ayro on 1 May 2008 in his house in Dhusamareb.