The Puntland Police forces operating in the northern part of Galkacyo confirmed that a C.I.D Official known as Omar Mohamed Samatar was killed last night in the town. 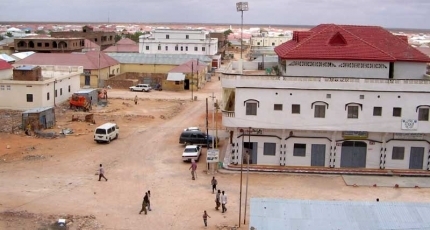 Col. Moumin Abdi Shire, the chief of Police commission of Puntland’s side in Galkacyo told local press that gunmen armed with pistols have shot Omar Mohamed Samatar dead on the way to his house off the work.

He added that security guards have managed to seize one of the murderers with the three others accompanying him on the run as thet escaped in a three-wheel drive known as Bajaj.

Galkacyo has recently seen security threats of killings and explosions that took the lives of many top government officials in the Puntland administration, including the late provincial commissioner of the Mudug region.

It was at the beginning of last month when gunmen killed a renowned outspoken journalist, Jamal Farah Adan in northern Galkacyo.