The capital city has seen series of attacks and assassinations in the past few months as the country heads to an election. 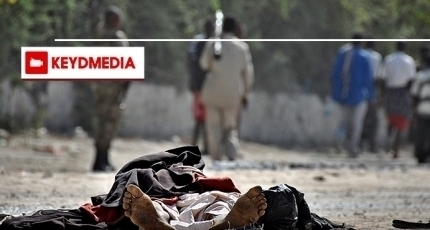 MOGADISHU, Somalia - Suspected Al-Shabaab assassins have killed at least two district officials in Mogadishu, the Somali capital in the past 24 hours, police and witnesses said.

A police officer said gunmen have murdered Abdi Abdulle Osman known as [Abdi Juge], who was the chief of a village within the Deynile district on Monday night and escaped from the scene of the shooting.

The Somali security forces stationed at a nearby checkpoint have managed to detain one of the killers who sustained wounds during a shooting, according to the eyewitnesses.

The second assassination took place in Karan district, where a woman working with a local court was shot dead by pistol-wielding men on Tuesday morning near the residence of the DC.

A similar incident was reported in the central town of Beledweyne last night after a leading youth activist Farah Diir was gunned down at Nur Hawad area with security forces chasing the perpetrators.

There was no immediate claim of responsibility for the latest killings, but such attacks are attributed to the Al-Qaeda-linked militant group Al-Shabaab which is waging a decade-long insurgency against the UN-backed Somali government.