The military recruits were sent to Asmara following a tripartite security cooperation deal between Farmajo, Afwerk and Abiy Ahmed in late 2018. 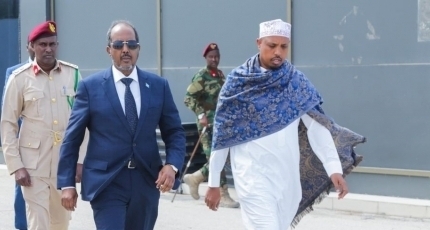 The president left for Asmara at the invitation of dictator Isias Afwerk, in a rare visit by Somali leader to the long-isolated Horn of Africa Country.

What do we know about the trip?

The visit is centered on meeting with five thousands Somali soldiers underwent clandestine training in four camps in Asmara between 2019 and 2021.

The soldiers were sent to Eritrea by Fahad Yasin, former Intelligence chief after recruiting them from different regions in South and central Somalia without the consent and knowledge of their parents. The youths, mostly secondary school students were lured on high-paid jobs in Qatar during their recruitment.

Parents call for return of the missing sons

The parents of the soldiers took to the streets in Mogadishu last year after reports surfaced that their children were sent to Tigray to take part the fight against TPLF.

Their worrying got stronger after UN said the Somali troops were spotted in Axum, Tigray during the height of the war in Northern Ethiopia.

An intelligence information indicated that most of the troops died in the battle while the rest were taken as prisoners of war by Tigray rebel group.

However, Farmajo's regime denied the claims as baseless and insisted the soldiers were alive and never participated Ethiopian conflict.

Farmajo said at the power transfer event in Villa Somalia last month that he handed over the file of 5,000 soldiers completed training in Eritrea to his successor Hassan Sheikh Mohamud.

A week ago, Abdikarin Kaar, presidential spokesman said some soldiers died in the training and several others for natural causes.

Hassan Sheikh is set to know the buttom of the troops' situation and hold talks with Afwerk on the return to Somalia as soon as possible.