The attack came a day after a large number of ministers from HirShabelle state arrived in the city. 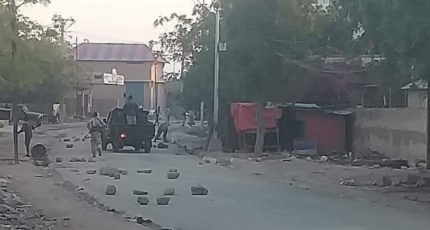 BELEDWEYNE, Somalia - A renegade Somali general launched a fresh offensive on Sunday against the central city of Beledweyne, sparking some of the worst battles in months.

Local residents reported that the skirmish flared up after fighters loyal to the ‘separatist’ General Abukar Warsame Hud attempted to enter the town which is under the control of Somali and AU troops.

The opposition attack has sparked a deadly gunfight in Hawo Tako and Koshin villages near the city's main airport early on Sunday morning that led to an unspecified number of casualties on both warring sides.

The situation remains especially chaotic in the town, which is the regional capital of Hiran.

The battle comes a day after a number of regional ministers from HirShabelle arrived in the town for consultative talks amid a dispute over the formation of Somalia's HirShabelle state.

General Hud who holds an armed militia on the outskirts of Beledweyne since last year started a guerrilla war against the election of Gudlawe as the president of HirShabelle saying his election violated the clan power-sharing system in the regional state.

The constitution of HirShabelle stipulates the president should have come from Hud's region. This was changed by Farmajo during last year's election, giving the presidency to the Abgal tribe that prompted revolt in central Somalia.