‘I would rather die than hand over power to them,’ Abiy Ahmed in a leaked audio

According to a reported leaked audio file from a Prosperity Party meeting last week, Ethiopian Prime Minister Abiy Ahmed is heard vowing “to die rather than hand over power to them,” implying that he would rule the country “for the coming 10 years,” while discussing the internal fallout from the crisis in Tigray. 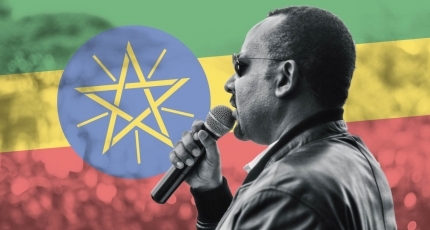 On Monday, Ethiopia denied the authenticity of the leaked audio by PM Ahmed during discussions of the upcoming elections in the east African country amid growing international condemnation over the crisis in the Tigray region.

In a tweet, the Ethiopian prime minister’s office said the reported leaked audio of Ahmed during the Prosperity Party meeting last week was a “fake audio compilation put together by drawing on different unrelated remarks made by the PM.”

The denial came shortly after the release of the reported audio leak, which included Ahmed reassuring his party members of a win in the upcoming general elections that were delayed more than once over the coronavirus pandemic and security and logistical obstacles.

“I can tell you this with certainty, and there is no doubt or mystery about it: we have won the election, we have won it easily,” Ahmed reportedly said, adding that there was now a great responsibility to stop an election that may lead to a different result.

“No one will be able to form a government in the coming 10 years,” Ahmed said, according to the reported audio leak.

“I would rather die than hand over power to them,” Ahmed added in the leaked audio file in reference to his opponents.

The scheduled voting is set for 21 June, yet some regions in the country will see voting delayed due to outbreaks of unrest.

Elections will not be held in the northern Tigray province, which is witnessing atrocities by the Ethiopian military after conflict erupted in November with Tigray’s People’s Liberation Front.

Tigray’s regional government held its own elections in September 2020, defying the Ethiopian federal government’s ban on the poll, which was originally scheduled in August of last year.

Thousands have been killed and around 2 million people have been displaced due to the war, which is also seeing the participation of troops from Eritrea to back the Ethiopian government.

The worsening security situation in Tigray has pushed the United States to pledge further actions against Ethiopia and Eritrea, days after it imposed restrictions on economic and security assistance to Ethiopia over the conflict.