In Somalia 2.8 million people at risk of starvation and food shortages - UN

In Somalia, millions of people are expected to experience severe food insecurity and starvation, according to the United Nations humanitarian agency. 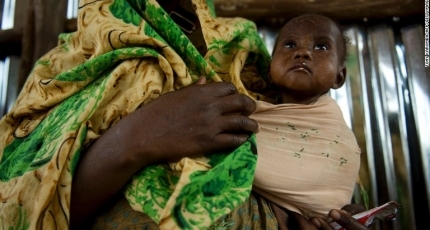 The UN Office for the Coordination of Humanitarian Affairs (OCHA) said more than 80 percent of Somalia was facing moderate to severe drought conditions.

OCHA said dry conditions will contribute to the likelihood of crop losses and deterioration in pasture and water availability in some areas.

The UN said the 'Gu' rains, which are usually received between April and June, have ended in May with no more rains expected until the next rainy season (October-December).

According to the Somalia Humanitarian Needs Overview 2021, one million children are acutely or severely malnourished.

The UN humanitarian agency said concerns remain of another surge of desert locusts, particularly in the northern parts of the country due to favorable conditions following the Gu' rains.

The report says the humanitarian partners have scaled up assistance to flood-affected people, reaching at least 82,000 people with life-saving assistance including food, water and sanitation.