Pressure is growing on Somalia’s government amid allegations that Somali soldiers have been sent to fight in neighboring Ethiopia’s deadly Tigray conflict. 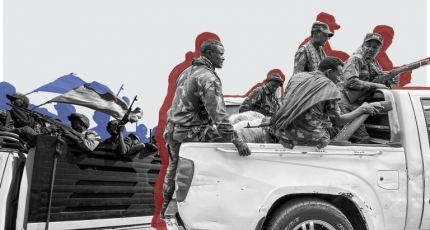 Mothers have held rare protests in Somalia’s capital, Mogadishu, and elsewhere, demanding to know the fate of their children who originally were sent to Eritrea for military training. They fear their children have been deployed to the Tigray region, where Ethiopian forces have been fighting Tigray ones since November in a conflict that threatens to destabilize the Horn of Africa.

“I heard that our children who were sent to Eritrea for military training have been taken and their responsibility was turned over to (Ethiopian Prime Minister) Abiy Ahmed to fight for him,” Fatuma Moallim Abdulle, the mother of 20-year-old soldier Ahmed Ibrahim Jumaleh, told The Associated Press.

“According to the information I gathered, our children were taken straight to Mekele city,” the capital of the Tigray region, she said. “You may understand how I feel, I am a mother who carried her child for nine months in my belly, that’s my blood and flesh.”

Abiy made peace with neighboring Eritrea in 2018, for which he was awarded the Nobel Peace Prize. Now critics say Ethiopian and Eritrean forces have teamed up in the conflict against a common enemy in the now-fugitive Tigray leaders, who dominated Ethiopia’s government for nearly three decades before Abiy took office and embarked on around of regional peacemaking that included Somalia.

Somalia President Abdullahi Mohamed Abdullahi has been asked by the head of the country’s parliamentary committee on foreign affairs, Abdulqadir Ossoble Ali, to investigate allegations of participation in the Tigray conflict.

“We have the oversight right to check what our government is doing,” Ali wrote in the letter distributed to media outlets.

And the former deputy director for Somalia’s intelligence agency, Ismael Dahir Osman, has said “it is a question worth asking why these soldiers are not yet back home after more than a year when their training would have concluded long ago.”

Somalia’s information minister, Osman Abokor Dubbe, this week denied the “propaganda” that Somali soldiers who had been outside the country for training have been involved in the Tigray conflict.

“There are no Somali troops requested by the Ethiopian government to fight for them and fight in Tigray,” he said.

The issue has emerged at a sensitive time in Somalia. The country is set to hold national elections in the coming weeks, but two federal states have refused to participate and the opposition accuses the president of trying to push ahead with a partial vote.

“The parents of those children keep calling us and they don’t have any contact with their children, and some of them were told that their boys have died,” one opposition presidential candidate, Abdurahman Abdishakur Warsame, told the AP. “According to the information we’re receiving, those boys were taken to the war in northern Ethiopia. We’re calling for an independent national commission to investigate the matter, and if it is proven to be true, it will amount to treason of national scale.”