Jubaland fills the remaining four seats in the Senate 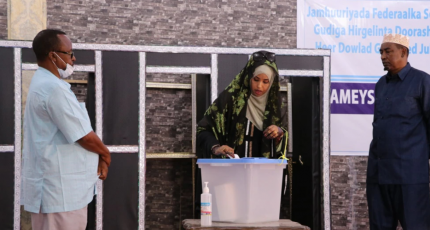 KISMAYO, Somalia - The southern regional state of Jubaland has held an election for the remaining four seats to the 11th Federal Parliament in the port city of Kismayo on Thursday.

Jubaland lawmakers voted among eight candidates who run for the seats during the indirect election that was held after 2-month delays. Jubaland has eight seats in the Upper House.

Hassan Dahir won the 5th seat after beating his opponent Abdi Hussein Ali with a majority of 59 votes, according to the election result released by the Federal state electoral body.

Ibrahim Awgaab secured the 6th seat following a win against Farhiya Moalim Abdi. He received 57 votes. The 7th seat which was reserved for women won by Leyla Nur by 63 votes.

A second female candidate emerged as a winner after being elected to the senate. Maryan Farah Kadiye got 50 votes against her rival contender Zamzam Mohamed during the ballot.

After their election, president Ahmed Madobe met with the new senators - two men and two women at the presidential palace in Kismayo and congratulated them on the victory. 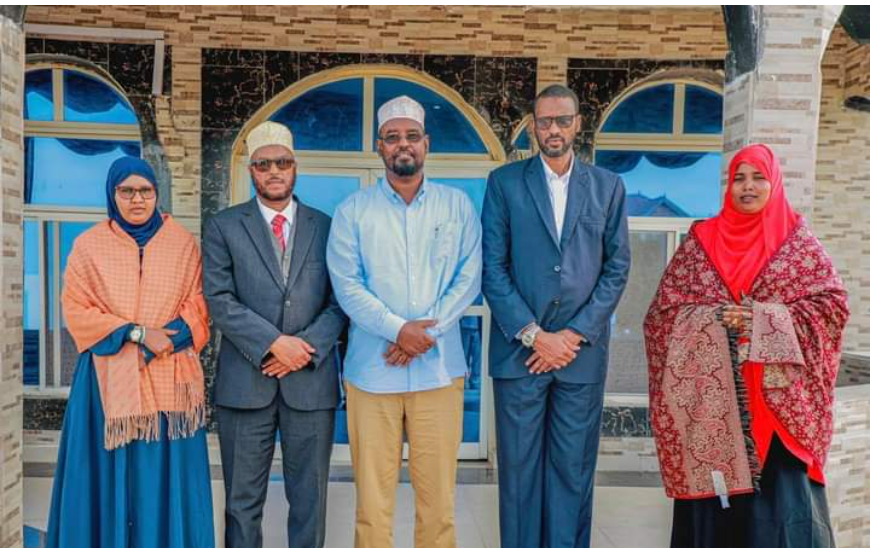 The Jubaland has become the fourth administration to conclude the Upper House elections, and the Galmudug is expected to soon select the two remaining seats in the Upper House.

After ending the Senate vote, Somalia is set to begin the process to pick the 275 members of the Lower House of Parliament, according to PM Roble who is in charge of the election.