The outgoing president Farmajo has been in talks with the minister to join his government. 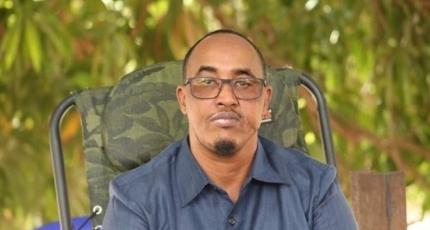 MOGADISHU, Somalia - The president of Jubbaland state Ahmed Madobe has sacked his security minister Abdirashid Janan after engaging in secret talks with the Somali Government.

Janan who has been the right-hand man of Madobe is planning to join the government and abandon his long-time boss following a big offer by Fahad Yasin, the powerful intelligence chief of Somalia.

The government sees Janan as an important figure in the fight against Madobe, Kenya's strongest ally in Somalia, who has been a fierce critic of Farmajo for the past 4 years.

The sacked regional security minister is expected to defect to the government in the coming hours or days and his surrender will be taking place in Beled-Hawo town under SNA control.

NISA head Fahad Yasin is heading to the city to see his eyes Janan joining in their side.

Janan has been detained in Mogadishu in August 2019 for crimes against human rights. He escaped the NISA jail in January 2020 and fled to Kismayo through a sea journey.

The two leaders - Farmajo and Madobe are fighting for Gedo control, a key game-changer of the reelection of the incumbent whose clan is dominant in the region near the Kenyan border.