Madobe was accused by the Federal Government of being one of the main obstacles to the election talks in Somalia. 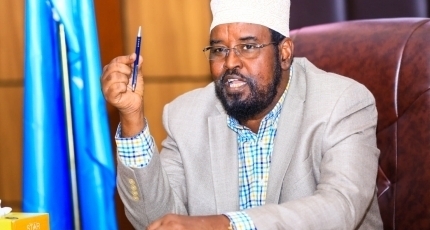 KISMAYO, Somalia - The southern Somali regional state of Jubaland on Sunday welcomed the April 22 communique of the AU Peace and Security council of the current political crisis in the Horn of Africa country.

Ahmed Madobe, the leader of the region said AU’s initiative to facilitate constructive dialogue between Farmajo and Federal States leaders was a positive step towards holding free, fair, and transparent elections.

“Jubaland hails efforts by the international partners of Somalia and the communique issued from African Union peace and security council meeting on April 22,” said Madobe in a statement seen by KON.

The Kenyan-supported Somali leader said he believes that the September 17 electoral deal is the only way forward to end the deadlock over the election process in the country.

Described the worst leader in Somalia for decades, Farmajo whose four-year term officially ended on Feb. 8 has failed to reach an agreement with the Federal States on how to implement the election pact.