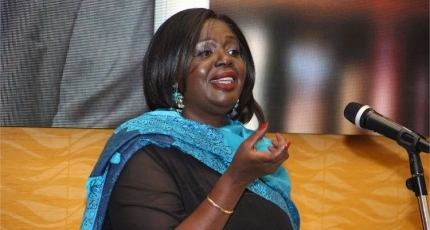 NAIROBI, Kenya - The Government of Kenya has apologized to Somalia over the presence of the flag of Somaliland at a diplomatic function.

Somali Embassy had accused Nairobi of violating its sovereignty by having the flag at the event.

The Embassy presented its compliments to Kenya over the violation of sovereignty, unity, and territorial integrity of Somalia as per the international law.

Somalia's ambassador to Kenya, Mohamoud Ahmed Nur, walked out of the event in Nairobi on Tuesday in protest following the presence of the representative of the Somaliland region.

Kenya's foreign ministry released a statement saying it regretted the "inadvertent and inappropriate presence" of the Somaliland flag.

The ministry reaffirmed its recognition of the sovereignty of the federal Somali government.

The ministry did not mention a representative of the region at the event.

"The ministry further wishes to reaffirm its recognition of the sovereignty of one Federal Somali Government and the integrity of the Federal Somali State," read part of the statement.

"Any inconvenience or embarrassment caused is deeply regretted."

Somalia also agreed to resume khat imports from Kenya after a two-year ban, as part of a wider trade deal being forged between the East African neighbours.