Kenya has threatened to halt humanitarian flights to Somalia

Kenya has threatened to halt all humanitarian flights to and from Somalia, weeks after Nairobi closed its airspace with Somalia. 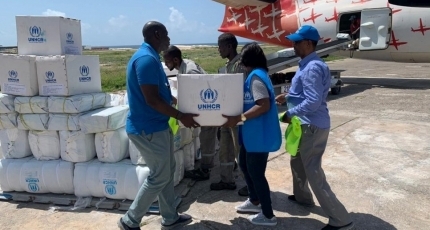 NAIROBI - In a letter, the foreign affairs ministry of Kenya has threatened to halt all humanitarian flights to and from Somalia, claiming that the prohibition on aircraft between the two nations has been violated.

The letter sent to foreign missions in Nairobi and seen by Keydmedia English, states that there has been a continuous "misuse of humanitarian flights".

Kenya claims that some diplomatic posts and international organizations were exploiting the exemption, threatens to cut off all flights if the infringement continued.

Due to the severance of diplomatic relations between Nairobi and Mogadishu, Kenya's airspace with Somalia remains restricted, according to the letter.

The relations between Mogadishu and Nairobi have been restored this month following Qatar mediation, however, there have been no official talks since the decision has been announced.

Kenya closed its airspace with Somalia earlier this month, critics claim that the decision is a protest against Somalia's Khat ban.

Sources at the PM's office revealed to Keymedia English that the Prime minister of Somalia Mohamed Hussein Roble is heading to Kenya in the coming few days on his maiden first visit to the East Africa country.