Kenya to sign Miraa deal with Somalia on July 5 – Minister

Somalia suspended miraa imports from Kenya two years ago on March 19, 2020, citing Covid-19 restrictions. The suspension was, however, never lifted after a diplomatic row erupted between the two countries. 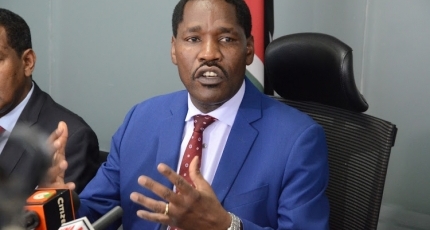 NAIROBI - Kenya is close to unlocking the Somalia miraa market with an agreement expected to be signed in early July.

Agriculture CS Peter Munya revealed on Saturday that discussions between the two countries have entered the home stretch with a deal expected in two weeks’ time.

“On the 5th of July, the agreement will be signed here in Nairobi,” Munya said. He spoke on Saturday during Azimio campaigns at Kinoru stadium in Meru county.

The Azimio campaign caravan pitched camp at the stadium the whole day with a backet list of promises to the region’s electorate should they clinch the presidency.

The vote-hunting mission was led by presidential candidate Raila Odinga and his running mate Martha Karua.

Somalia suspended miraa imports from Kenya two years ago on March 19, 2020, citing Covid-19 restrictions. The suspension was, however, never lifted after a diplomatic row erupted between the two countries.

The ban led to a loss of a daily market for more than 50 tons of khat valued at more than Sh20 million then. Munya however assured miraa farmers in the country that the suffering is inching closer to an end.

“Just irrigate your miraa, prepare your farms, a market has been found,” he said to resounding jubilation from the crowd.

The CS said reforms in the other agricultural sector including tea are also ongoing. He said as a demonstration of this, tea farmers will on July 8, 2022, receive heavy bonuses.

“It will be heavy, the kind they have never received before,” Munya said.

The CS added that coffee farmers have also not been left behind.

“And you know Baba (Raila) said after I finished this term I was given by President Uhuru (Kenyatta), he will retain me in government to continue with the reforms,” Munya said.