The captors have sent at least three videos and messages to the family, demanding a $50,000 ransom. 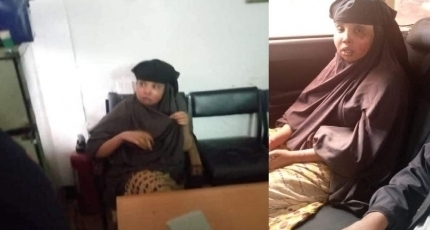 NAIROBI, Kenya - Kenyan security forces have on Sunday morning rescued Hafsa Mohamed Lukman, a Somali woman abducted in Nairobi on the 15th of this month within Nairobi, according to the Directorate of Criminal Investigations [DCI].

The family of the 23-year-old woman said she went missing at 5:30 P.M. shortly after returning from her clothes shop. The woman was found in a dingy room in Matopeni, within Kayole, where she had been forced to fit in a water tank.

The DCI added that the rescued woman with visible bruises on her face and hands was abandoned in the house by the kidnappers and she has been immediately rushed to the hospital for medical attention.

Kenyan police arrested a 24-year-old suspect who is part of the gang that kidnapped Hafsa and he is currently being interviewed by detectives in custody. The captors have sent at least three videos and messages to the family, demanding a $50,000 ransom.

During the five-day captive, the unknown kidnappers have threatened to kill Hafsa if her family failed to pay the ransom. It is not clear why they have left the woman alive and alone in the house.

Such abduction has been on the rise in Kenya in the past two months as two of the kidnapped Somalis were found dead following days of search, including a Somali-American businessman Eng Bashir Gabobe.

Gabobe, a promising and talented engineer and entrepreneur was severely tortured, his toenails plucked out before his murder, according to a post-mortem examination has revealed. His body was found in a river outside Nairobi on May 16.

His colleagues said the 35-year-old structural engineer had an interest in construction projects and has been working on different government projects in Kiambu and Nyeri Counties within Kenya.