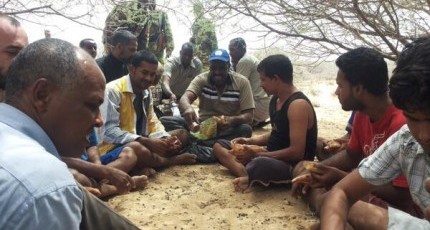 International Aid Services (IAS) is "overjoyed to announce that three of its staff members who were kidnapped in Somalia over 22 months ago have been released and are safe and well," the organisation said in a statement.

"Although all will undergo routine medical screenings, we believe that they are uninjured and under the circumstances, in reasonably good health," IAS added.

The three, two men and a woman, who had been travelling in a convoy guarded by armed police, were seized by gunmen in ambush in the Galkayo area of the northern autonomous Puntland region of Somalia in July 2012.

"The kidnappers claimed to be Somali pirates," the statement added.

They were released on Thursday, and with the assistance of the United Nations and local Galmadug authorities were "taken to a safe location until they will be flown back to Nairobi and reunited with their families and friends," IAS added.

Somali pirates, who three years ago held dozens of ships and hundreds of hostages, have since branched out into land based kidnapping in the face of naval patrols and increased security efforts at sea.

IAS, headquartered in Sweden, is an international aid agency working in over 10 mainly African countries.

War-torn Somalia remains one of the most dangerous places for aid workers to work in.

But aid agencies have also warned in recent weeks that the impoverished nation risks sliding back into acute crisis, less than three years since a devastating famine, amid failing rains, escalating conflict and aid funding shortfalls.

In southern Somalia, a 22,000-strong force of African Union troops are fighting alongside the government against Al-Qaeda-linked Shebab insurgents.