MOMBASA (KON) - Gangs recruited and trained by al-Qaeda affiliate al-Shabaab are behind a series of attacks in and around the Kenyan port city of Mombasa, a police official said.
News Keydmedia Online
26 July 2014 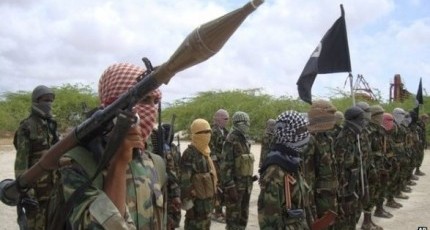 “We are dealing with highly trained criminals who have returned from Somalia to terrorize our community,” Mombasa county Police Commandant Robert Kitur told reporters today. “They are being zeroed on, but we need the support of the community to provide reliable information.”

Kenya’s coastal region has been hit by a series of attacks in recent months, including a raid on July 21 at Likoni, about 6 kilometers (3.5 miles) south of Mombasa’s city center, in which at least three people died and 12 were injured. Two tourists from Russia and Germany have been shot dead by unidentified gunmen in Mombasa this month.

Kitur said a gun recovered this week from a suspect in the Likoni attack is being analyzed for leads connecting it to several attacks in Mombasa.

“This shows the police are not seated and we will get all these criminals” he said.

Al-Shabaab, which has been waging an insurgency against the government of Somalia for the past seven years, has claimed responsibility for several attacks at Kenya’s coast since mid-June, including one at Mpeketoni in Lamu county in mid-June that left at least 60 people dead. Kenyan President Uhuru Kenyatta’s government says the violence was motivated by political and land grievances.

“It’s a plan to incite people into violence against each other,” Marwa said. “I urge these youths to avoid being tempted with little money to destabilize the country.”