Farmajo whose term expired in February this year tried to seize constitutional civilian institutions by military force on Monday during the coup attempt. 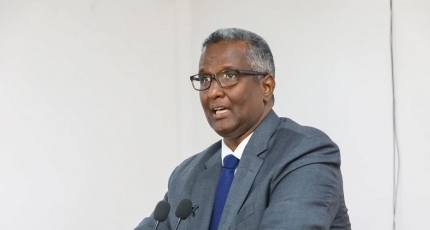 In a statement seen by Keydmedia English, the council of the presidential candidates termed the attempt as treason aimed at destroying state institutions and undermining the election.

The opposition called for a probe into the matter and for a case to file against Farmajo and those who supported him in the failed coup in Mogadishu on Monday that sparked tension.

On the other hand, the opposition coalition made up of 15 presidential candidates led by former presidents thanked PM Roble for the courage to fend off Farmajo's attempted coup.

The PM has called the outgoing president to stay out of the electoral process in Somalia as he already failed in leading the country to a timely vote at the end of his term in February 2021.

The union of the candidates urged the leaders of the government and five regional states to immediately fix the concerns over the electoral fraud and vote-rigging in their upcoming talks.

The failed coup attempt sent shockwaves through the capital after rival forces blocked roads around the presidential palace, which houses the outgoing president and PM, and the airport.