The minister was seen in the drone footage fleeing in his white bullet-proof car from the area as mourners tossed stones toward him with bodyguards pointing guns at the heads of the angry people. 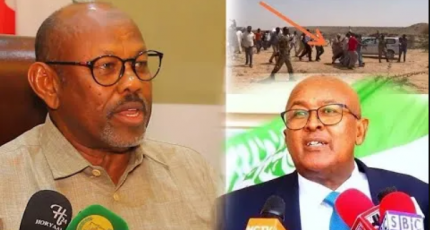 HARGEISA, Somalia - Somaliland is facing its worst electoral dispute, which has led to violent street protests against the incumbent President Muse Bihi Abdi, whose term is expiring in two months.

On the 11th of this month, opposition rallies took place in the main cities of Somaliland, including Hargeisa, Burco, and Boroma, in which at least 6 people died and hundreds of others were injured.

The protests demanding timely and transparent polls turned violent after the protesters clashed with police, who used tear gas and live ammunition, according to UCID and WADDANI opposition leaders.

The demonstration erupted after talks between Bihi and the opposition ended in failure. The opposition leaders Faisal Ali Warabe and Abdirahman Irro blamed the ruling party for plotting a term extension.

The opposition vowed to continue their protests and call for the presidential election to be held at its scheduled time which is November 13 of this year. With two months left before the deadline, the crisis deepens with no solution in sight.

Yesterday, a video has surfaced on social media showing throwing stones toward Livestock Minister Saeed Sulub Mohamed at a cemetery outside Hargeisa, where the funeral of three protesters was held.

The minister was seen in the drone footage fleeing in his white bullet-proof car from the area as mourners tossed stones toward him with bodyguards pointing guns at the heads of the angry people.

Sulub has accused Waddani party presidential candidate Abdirahman Irro of ordering the mourners to attack him during the burial. However, Irro’s office did not respond to the minister’s allegation.

Bihi said that the opposition is responsible for the death of the demonstrators, as they did not comply with the government's order to hold protests only at parties' centers to maintain peace and stability.

The president also said that the demonstrators attacked the police with stones and metal bars during the August 11 protests in Somaliland, which led the security forces to fire live bullets in “self-defense”.

The president of Somaliland Muse Bihi Abdi, who is a former Somali air force officer is facing internal and external pressure to hold a peaceful, democratic, free and fair election on time on Nov 13.

The UN mission in Somalia urged Somaliland leaders to end their differences through dialogue and work together on the election, which is key for the way out of the current standoff in the breakaway region.

Somaliland has been a self-governing region in the north of Somalia since 1991, but its claim of independence is not recognized by the international community and United Nations [UN].

Somaliland seems sliding into a conflict as the main opposition parties could stage violent protests in the coming days with the international community remaining silent on the escalating political tension.

We will not accept Somaliland secession bid, says Hassan Sheikh 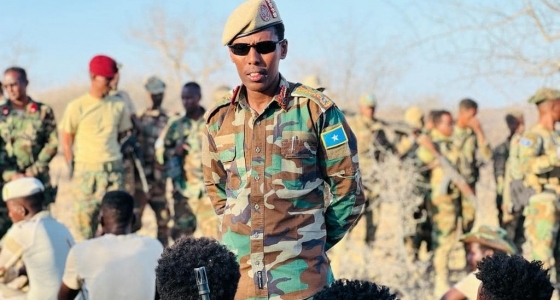 The Commander of the Armed Forces, the Minister of Defence, MPs, and officials at the Federal and Regional levels are part of the offensive in HirShabelle, Galmudug, and Southwest state.