The ex-leader has been asked to appear in court within 15 days, ending on August 8. 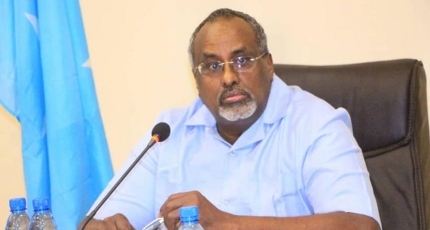 MOGADISHU, Somalia - Benadir Regional Court has issued summons to former HirShabelle state president to appear for inquiry before the court on August 16 over undisclosed reasons.

The court summons dated 2nd August 2021 asked the ex-regional leader Mohamed Abdi Waare to come on time otherwise legal action will be taken against him.

The statement from the court, which was broadcasted on state media, said Waare was sued over an undisclosed civil case that he will face before the justice in six days.

Waare becomes the first such high-ranking Somali official to be summoned by a court in the country and it remains unclear if will heed the call or ignore it due to the weakness of the law.