The attack on the Waberi district police station on May 9 has killed senior Somali police officials and wounded several others. 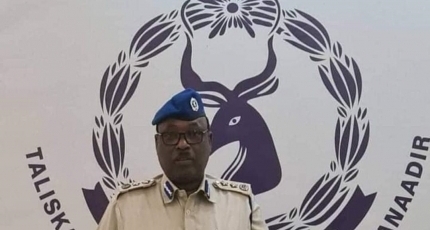 MOGADISHU, Somalia - A senior Somali police official has died of injuries sustained on May 9 Al-Shabaab suicide bombing in the Somali capital Mogadishu, an official said Sunday.

The Somali government has confirmed that Col Ahmed Waweyne breathed his last at Digfeer hospital after undergoing several operations in the past days. His death raises the toll to 7.

The dead include the police commissioner of Waberi district station, where the attack occurred just a week ago after a bomber blew himself up among the officials outside the building near Dabka junction.

Al-Shabaab claimed responsibility for the blast that killed a police major Ahmed Bashane who played a role in the murder of Fazul Abdullah, Al-Qaeda’ East Africa head at a roadblock in Mogadishu in June 2011.

Abdullah was the mastermind of the 1998 attacks on US embassies in Kenya and Tanzania, the worst terrorist attack on American diplomatic missions in the region.