Mogadishu on lockdown ahead of Farmajo’s address to parliament

The 275 members of the Lower House chamber have notified last night of today's session through a short text message on their mobile phones. 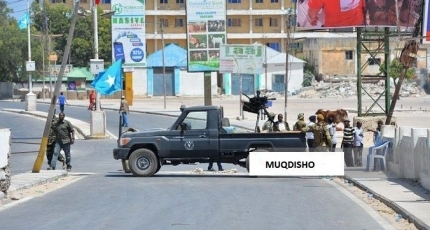 MOGADISHU, Somalia - The outgoing Somali President, Mohamed Abdullahi Farmajo is expected to deliver a much-awaited speech at the country’s parliament on Saturday at 9 am local time.

The 275 members of the Lower House chamber have notified last night of today's session through a short text message on their mobile phones.

Ahead of the parliamentary session, the major roads in Mogadishu were locked down this morning with additional troops from Haram’ad and Gorgor brigades have been deployed to strengthen the security.

Farmajo's address to the House came after he announced last Tuesday that he dropped his extension and was ready to return to the stalled talks based on the Sept. 17 election agreement.

The outgoing president is expected to ask the parliament to nullify the extension resolution, as well as revive the recently-abolished indirect election bill.

The opposition has been calling for the resignation of the incumbent and handing over power to the caretaker Prime Minister Mohamed Hussein Roble to prepare the country for an inclusive election.