MP showers praise on Deni and Madobe after talks failed

“They were supposed to be looked up to as they served this nation before him in conditions, they dedicated to bringing this country to where it's now,” he argued. 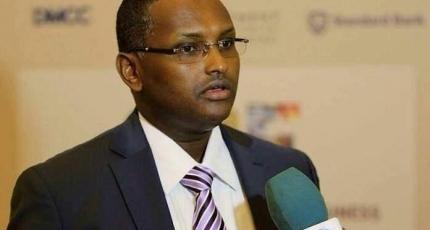 MOGADISHU, Somalia - Mahad Salad, who is an outspoken Lawmaker has exclusively praised the two leaders of Jubbaland and Puntland for their focus on commonalities in favor of the nation rather than to be sided with the outgoing President whose engagement, he described, as a setback to the current political turmoil.

‘Farmaajo wants to declare himself as ruling President with the use of armed forces,” he said. “As long as the security agencies are under his commandment, free and fair inclusive elections to take place is far more from happening in this country.”

Reasoning his view, Mahad added that the motives behind deploying security forces to Lower House and forbidding some lawmakers whom he labeled as opposing figures access to the sessions and ordering the soldiers to shoot them on the spots are some of the living examples of his willingness to overstay in power by forces.

“Raiding the houses of the two ex-Presidents in an attempt to assassinate them is no exception,” he said.

“They were supposed to be looked up to as they served this nation before him in conditions, they dedicated to bringing this country to where it's now,” he argued.

According to him, a man who, in his eyes committed war crimes against his own people can’t be mistakenly handed over to holding free and fair elections to take place in this country.

His remarks follow as the conference between the regional state leaders and the outgoing President ended without result with the government blaming the two-sided regional leaders for the causes of the failure.