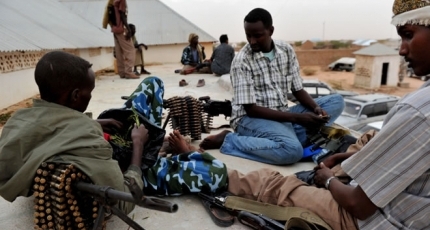 They say the substance, known as khat (AKA gat, jaad, jimma), was shipped to the United States through the United Kingdom, China, Holland and Belgium.

Authorities say the ring laundered proceeds through operations in Minnesota and wired the money to various locations abroad, including Dubai and England.

A 215-count indictment was unsealed in Brooklyn’s state Supreme Court.

In Yemen and Somali, the drug is popularly chewed socially at cafes.

Manual laborers including farmers chew the leaves to reduce fatigue and hunger, and students and drivers use the drug to improve attention.

The mild stimulant is grown by farmers in East Africa, and have a chemical structure similar to amphetamines.

The drug’s stimulant effects are so minor, many users may not even register them, according to the National Institute on Drug Abuse.  Some compare the effects to that of strong coffee.

While chewing on the plant, a user will experience mild euphoria, increased heart rate and blood pressure.

However, after the good feelings subside, the user may feel depressed and irritable. Over time, they may experience tooth decay, gastrointestinal disorders, even heart attacks.

According to a Vice investigation, many are skeptical of the drug’s innocence and suspect the drug’s profits are going to Somali pirates and other terrorist organizations.

The drug has been illegal in the US for 20 years, and in most countries in Europe.