It's unclear if PM Roble will accept Fahad's proposal to resolve the case in a meeting, which seems a new tactic to escape from being sacked over Ikran's case. 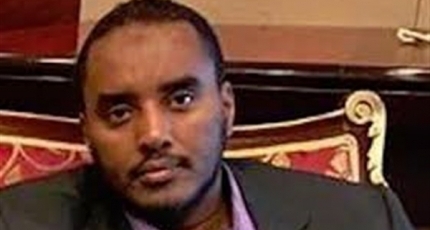 MOGADISHU, Somalia - The chief of Somalia's Intelligence Agency Fahad Yasin has responded to the PM's demand to submit a comprehensive report on Ikran Tahlil's case in 48 hours.

NISA boss suggested the case of Ikran, the female spy agent be addressed at a National Security Conference of the government and regional states that is chaired by Farmajo.

The notorious intelligence agency is embroiled with numerous criminal cases, including the murder of Ikran Tahlil, a 25-years-old girl who was abducted on June 26 of this year.

NISA issued a statement last Thursday that was published on State TV's Facebook announcing the girl was kidnapped and subsequently killed by Al-Shabaab in an undisclosed area.

The terrorist group has vehemently denied the allegations as baseless, saying it has nothing to do with the murder of Ikran Tahlil, the NISA's cybersecurity department head.

As confusion grows, PM Roble has given Fahad Yasin a 48-hour ultimatum to submit a full report on the girl's case, saying the previous NISA report was insufficient and unacceptable.

As new intelligence information disclosed, Fahad got married in Turkey just days ago and enjoying his honeymoon in a five-star hotel in the coastal city of Antalya.