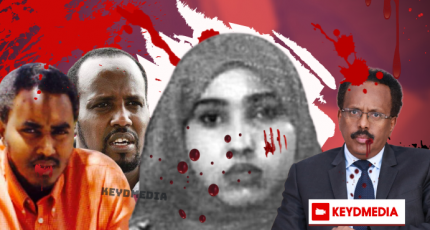 MOGADISHU, Somalia - The outgoing Somali President Mohamed Abdullahi Farmajo and his right-hand man Fahad Yassin are targeting members of the intelligence service who have information on the case of Ikran Tahlil, who was abducted by NISA chiefs and secretly murdered in Mogadishu in mid this year, Keydmedia has learned.

Salah Abdinur, the commander of the NISA Duufaan brigade was seriously wounded in the first assassination bid that took place in Mogadishu's Deynile district on October 12, 2021, according to Gen. Abdalla Abdalla, a former deputy intelligence chief.

Abdalla said the commander of NISA in the Deynile area, Abdishakur Rage (Abdi Yare), and 11 soldiers lost their lives in the attempt to take the life of Abdinur, who was airlifted to Turkey for treatment under his family protection after Farmajo and Fahad Yasin sent a hit squad to kill the spy officer in the hospital.

The ex-NISA head has advised members on Farmajo and Fahad's "kill and hide list" to be extra vigilant and share information with their families to know their whereabouts when they are in trouble. The aim of the targeted assassinations is to cover up the mysterious murder of Ikran, a 25-year-old cybersecurity expert with NISA.

Her killing shocked the nation and led to a stiff political dispute between Farmajo and PM Roble. She was abducted on June 26 on a NISA vehicle and held for weeks before her execution.

The security experts believe that Ikran was targeted for having confidential information about the recruitment of thousands of youths who were sent to Eritrea in 2019-2020 for training. They never returned home. UN said early this year that Somali soldiers were spotted in Axum, Tigray fighting along with Ethiopian and Eritrea forces against TPLF.

The young soldiers estimated between 5,000-7,000 are said to be killed in the Tigray conflict with families still awaiting answers from Fahad Yasin and Farmajo who were responsible for their secret deployment to Ethiopia's frontlines.

Ahead of the vote, Somalia's government announced a full curfew in the capital, Mogadishu, covering traffic and people, from Saturday at 9 pm (18:00 GMT) until Monday at 6 am (03:00 GMT). 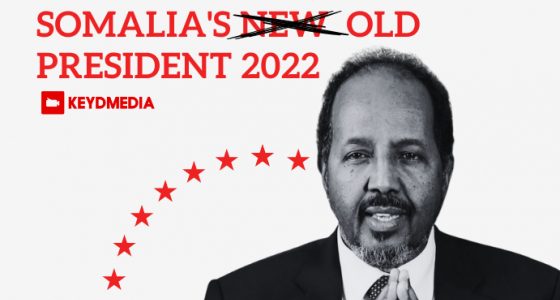 The election was contested by 36 candidates, with Hassan Sheikh and Farmajo advanced to the third round after no candidate garnered 220 votes in the second round to win the race.