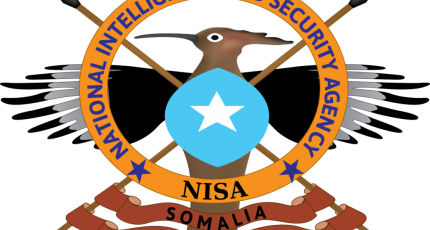 MOGADISHU, Somalia – The National Intelligence and Security Agency (NISA) has responded to a request from the Ministry of Security for a full report on the ex-Al-Shabaab deputy leader’s long detention.

A statement from the office of NISA's acting director Yasin Farey said Mukhtar Robow was in good health, had regular medical check-ups, and is studying for a Master's Degree through distance learning.

The spy agency said the former Al-Shabaab spokesman will remain in jail as long as he is not yet met the conditions to surrender that every defector must follow before being integrated back into the society.

Robow, one of the founding fathers of Al-Shabaab surrendered himself to the authorities in August 2017 after three years of his defection from the Al-Qaeda-linked group over a fallout with Ahmed Godane.

The ministry of security demanded a detailed and comprehensive report on Robow’s custody in what many see as a politically motivated move to release the jailed leader to fight against Lafta-Garen.

Lafta-Garen has sided with Farmajo against PM Roble in their renewed political rift that soared on Monday after the outgoing Somali president attempted to stage a second coup in the country this year.

Robow was detained in Baidoa city in December 2018 while he was campaigning for the Southwest regional presidency and then handed over to NISA in Mogadishu. Riots against his arrest left 11 people dead.