Piracy in Somalia at a standstill, only 7 attempts in 2014

Pirates in Somalia are not up to their usual ways. In 2011, the year when piracy in the Horn of Africa was at an all time high, 1,206 people were taken hostage in the 237 attacks that have occurred.
News Keydmedia Online
16 July 2014 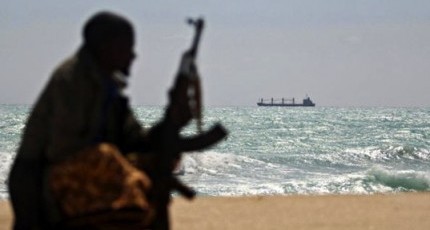 There have been only seven attacks in the same region this year, all of which have failed. Like Enron and PanAm Airlines alike, piracy in Somalia is a failing corporation that seems destined for the toilet.

A big contributing factor of the drop in piracy has to be the withdrawal of Somalia’s head honchos from the industry. Earlier this year, Isse Yulah, said to be one of Somalia’s wealthiest and most ruthless militant leaders, renounced piracy and encouraged his fellow pirates to leave the “dirty business” as well.

Mohamed “Big Mouth” Abdi Hassan also gave up piracy, but was arrested in Belgium months after his retirement. Without any organized leadership, rates of successful hijackings have plummeted to rock bottom numbers.

Perhaps poor negotiation skills are to blame, but ransom amounts have reached record lows for Somali hijackers as well. The multimillion-dollar industry, where pirates ransomed off people, cargo and even ships, has become much less lucrative since 2011.

In the most recent liberation of kidnapped victims, hostages from Bangladesh, Sri Lanka, Iran, and India were released from an almost four-year captivity for next to nothing. The pirates demanded $8 million for the Iranian sailor alone, though they were all released for an undisclosed amount, which is estimated to be exceedingly less than the initial demand.

Pirate hijackings may still be running rampant if it weren’t for the multi-national naval operation that polices the Somali waters. Naval forces from over 40 countries, including hostile nations such as North and South Korea, comb the waters as a deterrent force.

Due to the presence of an intimidating fleet of warships, lightly armed pirates are attacking less and less frequently, finding their occupations much more difficult than the way they were just a few years ago. Armed guards are also being hired onboard merchant ships, which seems to be the best way to keep an imminent attack in check.

“Somali piracy has changed hugely since armed guards were allowed on ships. I’d say 9 times out of 10, when they see we’re there, they turn tail,” a security contractor named David C. says. He detailed standard protocol in the event of a potential hijacking, which he says firing warning shots has obviously proven to be the most successful tactic.

To completely eradicate piracy in this war-torn African nation, a new study suggests improving Somalia’s infrastructure will do the trick. Building roads and harbors would fuel trade and create jobs in the process, negating the need for someone to become a pirate in the first place.

The study believes this will get rid of the need for warships patrolling the nearby waters, though evidence suggests that the navies and armed guards are doing sufficient work in thwarting attacks.