Piracy is a symptom of Somalia chaos

Piracy has fallen out of the headlines recently as the number of attempted hijackings has dropped. Back in 2009 and 2010, there were incidents weekly or even daily. Now, as The National’s report yesterday pointed out, there have been only a handful of attempts this year.
News Keydmedia Online
24 August 2014 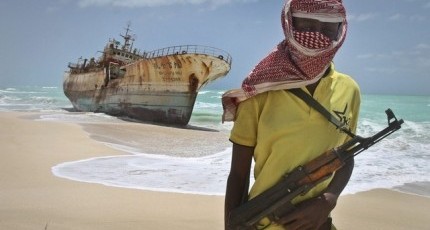 The change is mainly due to increased policing and vigilance. Ships now have armed guards and, in areas known to attract pirates such as the Gulf of Aden and the Indian Ocean, extra precautions are taken, such as increasing the ship’s speed and keeping a close eye on any vessels approaching or following.

The European Union, which has its own anti-piracy force, has also conducted operations against pirate strongholds in Somalia.

But there is little room for complacency. As Mohammed Bisthamy, one of the 11 crew of the hijacked MV Albedo, who spent four years in captivity, told this newspaper, pirates are merely biding their time.

They are patient and can wait for a few years until the ship owners get tired of the cost of extra guards and leave their ships defenceless.

Patient, yes. But also desperate. Because behind the criminality of piracy in Somalia lies the context of the nearly complete collapse of a country.

Somalia has not been a functioning state across its entire territory since the early 1990s. For years, it has been wracked by conflict, creating widespread poverty and desperation.

It is out of that crucible that piracy emerged. It is merely a symptom of the disintegration of the country as a whole.

Therefore, without fixing the root causes of the problem, piracy is bound to come back, again and again. Indeed, there is sufficient time to fix the problem, there simply needs to be political will.

If pirates are willing to lay low for several years before resurfacing, then surely, in that time, the international community can tackle the source of the instability in the country.

That is particularly important for this region, both because of shipping and because of historical cultural and trade ties to Somalia.