The opposition for months has been putting pressure on the prime minister to convene for dialogue to seek a solution to the election crisis. 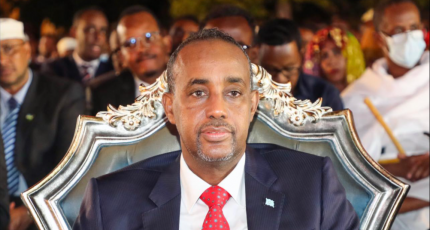 MOGADISHU, Somalia -- Somali PM says he has called for a consultative of the national consultative council made up of his government, the federal states leaders, and Mogadishu mayor to discuss the election crisis.

In a statement on Tuesday, Mohamed Hussein Roble said the high-level talks will open on December 27 in Mogadishu and is expected to unlock the deadlock on the electoral process marred by corruption.

Somalia has delayed parliamentary and presidential elections set to conclude in February after the country plunged into an endless cycle of a political dispute over the election model and the committees.

The union of the presidential candidates has announced this month that they will not accept the election result if the fraudulent process remained unresolved by the PM who is in charge of the polls.

In the latest statement, the opposition alliance made up of 15 presidential candidates spearheaded ex-presidents urged Roble to hold a genuine electoral dialogue with the attendance foreign diplomats.

Mohamed Abdullahi Farmajo whose term into office expired on Feb. 8 failed to deliver his promises on federal elections, security, and fight against corruption in the long-chaotic Horn of Africa country.

The upcoming meeting comes as Jubaland and Puntland federal states which had been fierce critics of Farmajo administration for the past four years ae dragging their feet to start the Lower House vote.

The PM’s capacity to hold a free, fair, and credible vote in Somalia raised questions as he fell short to end the combative issues to pave the way for an inclusive process to form a new government before 2020 ends.