According to sources, Roble's trip is aimed at fulfilling Umrah this year, and he wants to leave before official talks begin. 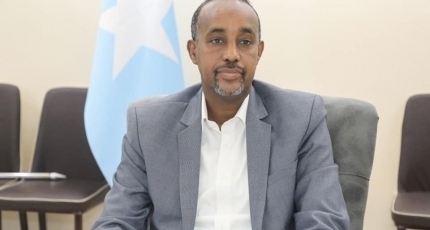 MOGADISHU, Somalia - The caretaker Somali Prime Minister, Mohamed Hussein Roble is all set to head to Saudi Arabia for his first foreign visit since coming to power last year.

His trip comes five days after the outgoing president Mohamed Abdullahi Farmajo handed him over the election and security responsibility following clashes in Mogadishu between government forces and the opposition protested against the president's term extension.

According to sources, Roble's trip is aimed at fulfilling Umrah this year, and he wants to leave before the election talks between the Somali government and the Federal Member states kicked off in Mogadishu on May 20.

Saudi Arabia reopened international flights after containing the spread of the COVID-19 pandemic that affected mostly the economy, tourism, and killed millions across the globe.

The diplomatic relations between Somalia and Saudi Arabia have been at a low point since the eruption of the Gulf crisis pitting the KSA, UAE, Bahrain, and Egypt on one side and Qatar.

Villa Somalia has sided with Doha against the long ally of the country, who supported Somalis in testing times during the civil war that broke out in 1991 after the ouster of the military ruler.