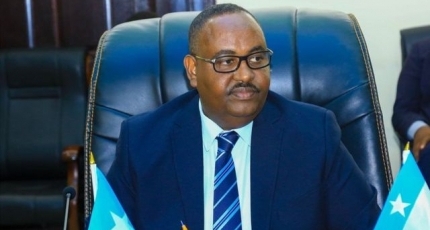 GAROWE, Somalia - In a statement released late last night, the Puntland State announced its stance on the current political impasse resulted from the delayed elections in Somalia.

The statement came following the failure of the latest round of talks in Mogadishu between the Somali government and regional states this month, sparking uncertainty and chaos which risks the country's hard-gained progress in security.

The Garowe Administration insisted that the 17 Sep Agreement is the only icebreaker that could resolve the election crisis and that, to return to talks is viable to ensure free and inclusive election to take place in the country.

They also welcomed and applauded the continuous engagements of the international community to finding durable solutions. The State has pledged to take on anyone who tries to create instability and chaos in its territory.

President Deni who was ordered to stay in the capital for nearly a month alongside his Jubbaland counterpart, Madobe by the US unless to find a way out to the failed poll talks, they had with the outgoing President is thought to have hinted at a possible cessation of the cooperation he had with Villa Somalia.

The Villa blamed the two-siding leadership for the causes of the failure during the informal meetings they have had as they pre-conditioned savage demands to be met including the withdrawal of the government forces from the Gedo region.

The failed talks, however, have given the outgoing President, Mohamed Abdullahi Farmaajo a chance to make room for extension getting rid of the hope of holding an inclusive indirect election to take place soon.