Rahma: The late wife of Ali Mahdi died in a Nairobi hospital 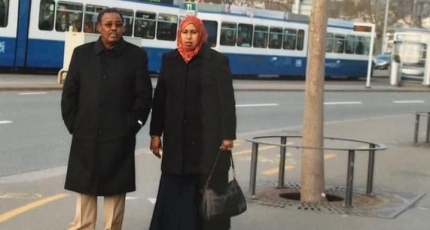 NAIROBI, Kenya - The family and relatives of Rahma confirmed her death following treatment she was receiving in a hospital in Nairobi alongside her husband earlier this month.

Somali leaders extended their condolences on the death of the late wife of Ali Mahdi who was also a renowned businesswoman.

She is reported to have died from COVID-19 just like her husband who finally succumbed to the disease after a long battle, according to her son Liban Ali Mahdi.

Mohamed was the fourth president of Somalia and ruled the country between 1991 and 1997 during the civil war. After retiring from politics, he became a Business mogul in Mogadishu.

Former leaders and those currently acting expressed their heartfelt condolences on his death who they described him as a peace-maker and statesman.

In the past few years, Ali Mahdi has been a fierce critic of the outgoing President Farmajo whose four-year chaotic presidency ended last month with no election for a successor.