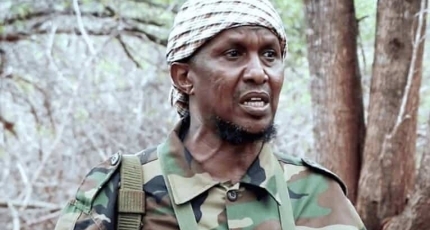 Mr Ardogan stood next to the left side by the Somali president Shikh Sharif with dozen of security men folllowing.Nevertheless, the Somali prime minister Abdiweli appeared far back side of the crowd.

If one of you have knowledge for the processes of diplomatic protocol that is to say based in pragmatic thinking, and the sprit of good manners to shed light on the right goevrnamental protocol. One asks whether this is an opportunistic willingness  for the interim president to show his tendence of ownership to Turkish aid.

On the other hand, the obidient interim prime minister acknowledged his sirvival strategy of being between the two Sharifs. The vision of the 4.5 policy is absoltely clear that there is no hierarchy among government officials. The speaker, president and prime minister are all the same and created equally.

The president want to give directives to the legislators, while the speaker wants the authority of the primr minister and the president so he can form the cabinet. The question remins to be what the prime minister position be in 4.5 policy?

Defenitely, in my view, it is a nominal position, but a peacekeper between the two sharifs. The vist of Turkish prime minister to Mogadishu brought undeniable evidence about the political ownership rather than de facto leadership. You might ask if the prime minister