The leaders of Southwest and Galmudug have landed in the capital ahead of the key talks on the electoral crisis in Somalia. 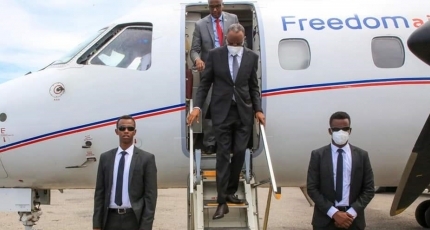 MOGADISHU, Somalia - The leaders of the five regional states in Somalia are pouring into the capital to attend crucial election talks called by the country's PM Mohamed Hussein Roble early this month.

Galmudug President Ahmed Qoor-Qoor and his Southwest counterpart already arrived in the capital while the remaining three leaders from Puntland, Jubaland, and HirShabelle are expected to touch down at Aden Abdulle International airport in the coming hours.

The meeting which was scheduled to kick start this morning seems will be delayed for two or one day due to technical issues and the absence of key stakeholders, a senior official at PM's office told KON English.

The talks which come following Farmajo's decision to disown his extension are aimed at seeking a broad-based consensus on the electoral stalemate in Somalia amid pressure from the international community to hold the elections immediately.

Somalia has missed two deadlines to conduct the polls due to the wrangles and divisions among the leaders over the process that was marred by manipulation from Villa Somalia.