Villages in Somalia flooded as river bursts its banks

No deaths were reported so far with no emergency rescue mission provided with the evacuees. 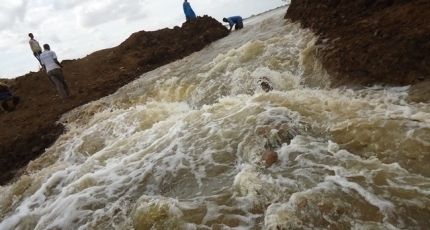 Jowhar, Somalia - The Shabelle River has flooded several parts of the surrounding countrysides of Jowhar, the state capital of Hirshabelle – one of the most densely populated areas of the Middle Shabelle region.

The floods have swept away homes, blocked roads, and forced families to flee their residences.

The main road between Jowhar and the capital Mogadishu has been washed away by the floods and causing to be disconnected from movement with houses and businesses leaving destroyed.

No deaths were reported so far with no emergency rescue mission provided with the evacuees.

The country’s two rivers are known to flood subsequently during the rain falls when rainy seasons begin with regional state and federal government failing to proactively take necessary measures to contain before pummeling the entire regions of which the rivers follow in.