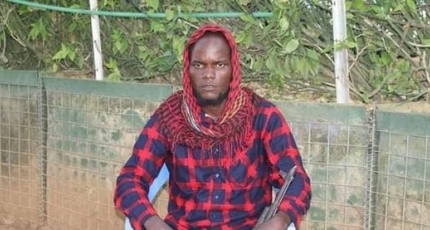 Abshir told the media that he has been with Al-Shabaab for two years and has been in charge of terror operations in the regional state. He defected with his AK-47 rifle from the group.

According to the defector, he deserted Al-Shabaab after having seen the suffering of the civilians in the terrorist group blockaded towns in the Bay region under Southwest State.

He urged fellow militants still remaining in the group's ranks to surrender to the military for rehabilitation and begin a new life. So, far Al-Shabaab didn't comment on the defection.

The group has been battling against the government for a decade-long and saw defeats in the war zones, but the group has yet the capability to carry out high-profile attacks in Somalia.

Since 2013, when Ahmed Godane, the slain leader of Al-Shabaab killed top commanders in the leadership of the group, including Ibrahim Afghan, there have been leaders defecting to the Somali government, among them the deputy leader and spokesman Mukhtar Robow and Zakariya Ismail Hirsi, head of the Amniyat [Intellegence wing], who is now working with NISA.