The operation comes as security forces heighten security to secure the ongoing elections in Somalia which has seen recurrent delays since last year. 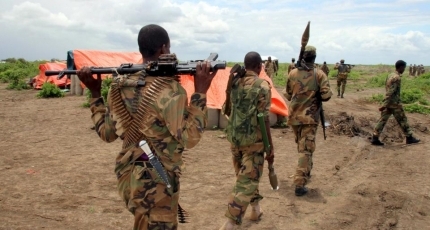 MOGADISHU, Somalia - A senior Somali military official says the government troops have successfully thwarted a suicide car bomb aimed to carry out an attack on the town of Guriel in Galmudug state on Wednesday.

Speaking to the local media, Ahmed Dahir confirmed that the would-be-suicide car bomb was seized near Guriel before it reached its target destination. Two militants were arrested in the action.

Dahir added that the detained terrorists are being questioned in police custody over their target and from where they have been sent. The operation came after a tip-off from an intelligence source.

The Al-Qaeda-linked Al Shabaab has in the past stepped up the number of attacks during the Muslim fasting month of Ramadan, which began last Saturday. The overall security was beefed up.

Al-Shabaab continues to pose threat to security as the country is trying to swear in a new parliament on April 14 despite a dispute between the president and PM who are fighting for control.

AMISOM and the Somali army offensive pushed Al-Shabaab out of major strongholds, including the capital in 2011 but the group still controls some rural areas, where it orchestrates attacks.