The political crisis in the country is attributed to the failure in the anti-al-Shabaab push as government leaders have turned their back on security and focused on re-election campaigns since 2021. 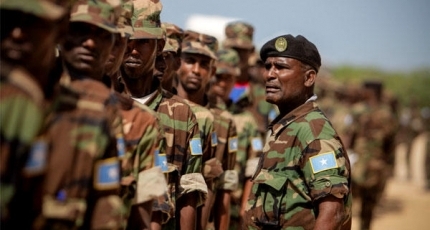 MOGADISHU, Somalia - The state media said Thursday the army killed at least 15 "terrorists" in a military operation against Al-Shabaab in the Middle Shabelle region bordering the capital, Mogadishu.

The massive operation was carried out by Danab special forces in Hawadley, Shanlow, Jameco, Yaqle, and Dhagahow areas, a hotbed of terror on the outskirts of Bal’ad district, 30 kilometers north of Mogadishu.

The military didn’t mention casualties on their side as a result of the offensive against Al-Shabaab which saw the murder of 15 militants, among them top commanders, and annihilation of tax offices and courts.

Al-Shabaab has a heavy presence on the main road between Jowhar and Balad, making it difficult for the HirShabelle officials to travel by car to the capital. Several regional MPs were killed in the past years.

SNA – Somali National Army has been battling Al-Shabaab for years in the south of the country with the support of AU forces [AMISOM]. Yet, the allied troops failed to liberate the entire nation from the group.

The political crisis in the country is attributed to the failure in the anti-al-Shabaab push as government leaders have turned their back on security and focused on re-election campaigns since 2021.

Somalia is holding a long-delayed parliamentary election that is marred by irregularities, fraud, and lack of transparency after the process was hijacked by the regional states’ leaders and outgoing president.

Khadar complied with an extraordinary gesture to an armed group that continues to pose a deadly threat to his police colleagues and his government at large.

Somali forces foil Al-Shabaab attack on base in southern region

Al-Shabaab steps up attacks amid a decline in army Ops