Somali National Army (SNA) said Friday its forces have launched a major security operation against al-Shabab in Galgaduud region in the central part of the Horn of Africa nation. 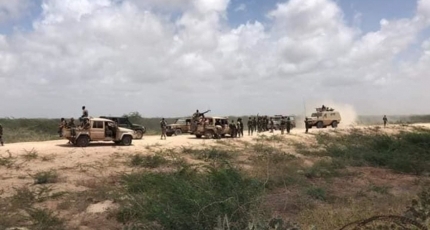 MOGADISHU - The Friday morning operation comes after the SNA troops liberated many villages in the region from terrorists in the last two weeks.

Meanwhile, the troops also carried out an operation in Mubarak area of Lower Shabelle region, southern Somalia on Thursday.

The SNA said the house-to-house operation which was conducted in al-Shabab areas saw the forces destroy several militants' bases.

The al-Qaida allied terrorist group was routed from Mogadishu in 2011 by the allied forces and has had to abandon most of its strongholds, but it still controls vast rural areas and remains the key threat to peace in Somalia and also carries out attacks in neighboring Kenya.