The team is expected to witness the declaration of the long-awaited verdict of the International Court of Justice (ICJ) on the Kenyan-Somali maritime border dispute on October 12. 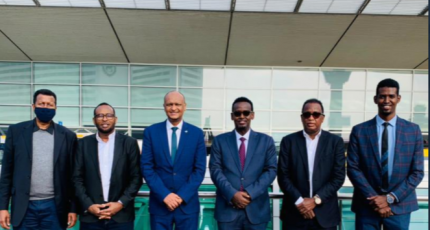 The six-member team is set to witness the declaration of the long-awaited verdict of the International Court of Justice (ICJ) on the Kenyan-Somali sea border dispute on October 12.

"We arrived in The Hague to witness the ruling of the ICJ in the maritime dispute between Somalia and Kenya on October 12," said Somali Deputy Prime Minister Mahdi Guled.

The verdict will be announced on Tuesday as Kenya says it will not abide by and recognize the ICJ ruling over 100,000 square Kms oil and gas-rich Indian Ocean waters.

Somalia has filed a lawsuit against Kenya in 2014 after talks to resolve the dispute failed. The case soured ties between the two countries but was fixed in May after mediation by Qatar.

The ICJ's decision has no appeal, and it is noteworthy that how Somalia which has not had a strong functioning government will protect its land, air, and sea borders since 1991.