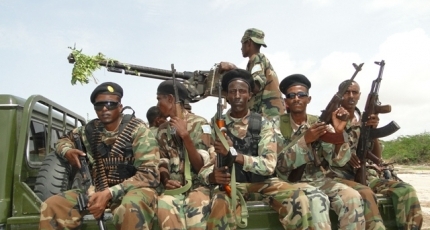 MOGADISHU, Somalia - Somali forces have made advances on several fronts in the southern Lower Shabelle region, clearing militants from a key military command base, officials said.

Abdullahi Mustaf, a senior military official said the capture followed an operation by the Somali forces, noting there was no resistance as Al-Shabaab militants vacated the area following reports of troops' movement.

Awdheegle district and the nearby Barire have attacked several times by Al-Shabaab since the group lost the key area to Somali and African Union forces last year during a joint offensive.

Despite facing defeats on the battlefields and facing the U.S. airstrikes, the Al-Qaeda-linked group still controls large swathes of territory in the south and central Somalia.